in data gennaio 20, 2023
I have found a weird and somewhat funny misprint on my copy of Bruce Springsteen's Nebraska: side B's sticker lists Bob Dylan's "Dylan and the Dead" songs! 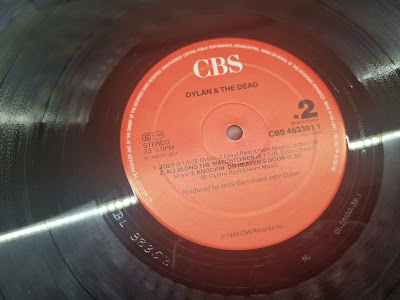 This is funny because the "Dylan and the Dead" live album was released in 1989, seven years after Nebraska. This is also weird, in a way, because although it's clear that this is a reprint, there is nothing -that I can see- that clearly indicates that it's from 1989 or later. 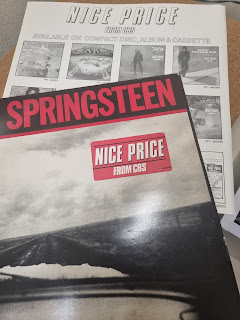 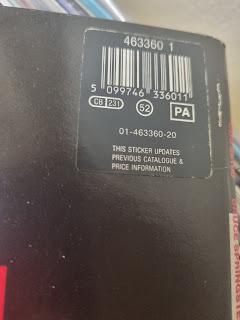 Furthermore, this is an interesting edition because it includes French and German translations of the lyrics. 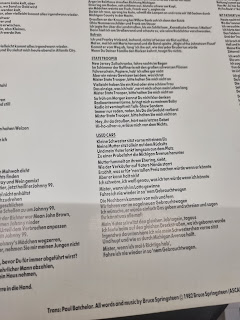 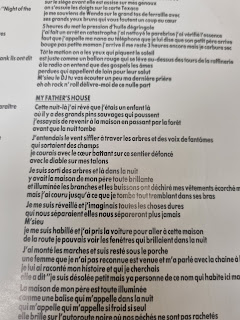 Frankly, I can't be sure that the record matches the rest of the packaging, as I didn't buy this one, but received it from a friend.
Maybe some expert can decode the codes on the vinyl and understand what kind of pressing this is, whether this is a common labelling mistake or not, and in general shed some light on this particular release. 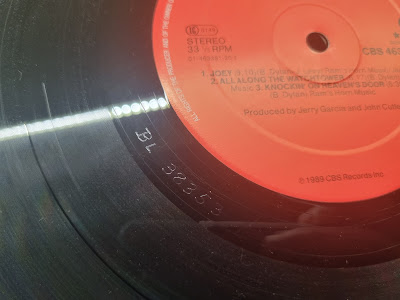 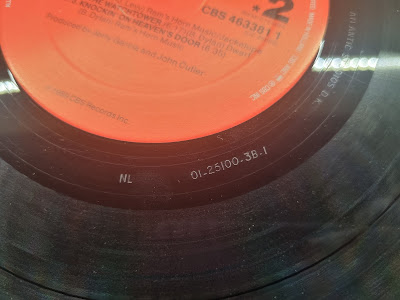 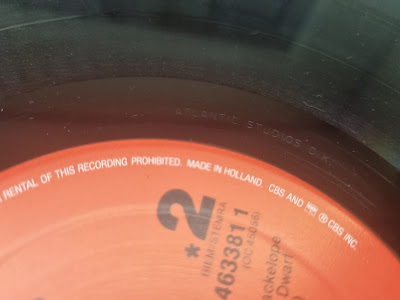 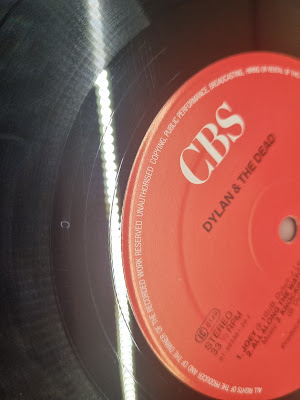 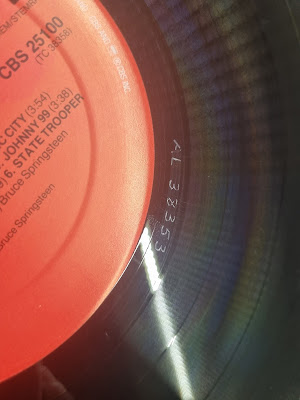 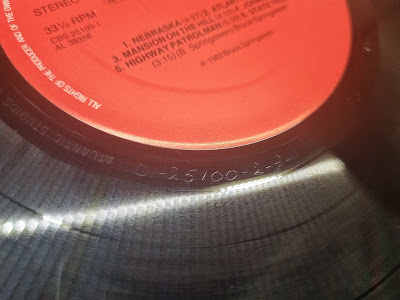